I got the opportunity to go take a look at a 1915 Dodge Bros car.  You don’t see to many cars like this and this one has some history to it.  This car has some history behind it also.  It was one of the first cars to be used in U.S. Combat operations and was used by General John J. Pershing, who led 12,000 American troops in search Pancho Villa.  The car was restored by Jack Thomas of Mountain View, Ar.

The car will be on display in MacArthur Park November 15th as part of the special events commemorating the Mexico 2010 project and the 100th anniversary of the Mexican Revolution.  From more information on this, go to www.arkmilitaryheritage.com. 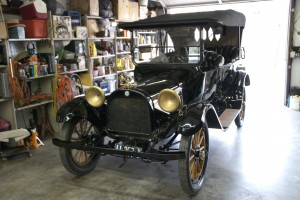